What is an inverted nipple?

An inverted nipple is a condition where the nipple is retracted into the breast, instead of pointing outward.

Women and men can have inverted nipples. Around 10-20% of all women are born with this condition. The most common nipple variations that women are born with are caused by short ducts or a wide areola muscle. Inverted nipples can also occur after sudden and major weight loss. In some cases, the nipple will be temporarily protruded if stimulated, but in others, the inversion remains regardless of stimulus.

Can one breast feed with inverted nipples?

Are there different types of inverted nipples?

There are three grades of inverted nipples, defined on how easily the nipple may be protruded and the degree of fibrosis existent in the breast as well as the damage it has caused on the milk ducts.

Inverted nipple Grade I refers to nipples that can easily be pulled out, by using finger pressure around the areola. The Grade 1 inverted nipple maintains its projections and rarely retracts. Also, Grade 1 inverted nipples may occasionally pop up without manipulation or or change in temperature. Milk ducts are usually not compromised and breast feeding is possible. These are “shy nipples”.

Inverted nipple Grade II is the nipple which can be pulled out, though not as easily as the grade 1 inverted nipple but which retracts after pressure is released. Breast feeding could be possible even though it is more likely to be either very difficult or impossible.

Inverted nipple Grade III describes a severely inverted and retracted nipple which can rarely be pulled out physically and which requires surgery in order for it to be protruded. Breast feeding is impossible. Women with Grade 3 inverted nipples may also struggle with infections, rashes, or problems with nipple hygiene.

Inverted nipples can sometimes be a sign of breast cancer. This must be excluded before you can consider correction of this.

Surgery is one option. Other strategies for protruding inverted nipples include regularly stimulating the nipples to a protruding state, in an attempt to gradually loosen the nipple tissue. The Niplette device can be useful in mild forms of inverted nipple grade

Plastic surgery is one method of correcting inverted nipples and is usually very successful. I perform inverted nipple correction using the PITANGUY Technique. I have used this for many years and feel it gives the best result.

There are three grades of inverted nipples. This technique is suitable for all types.

For me a good results means very little visible scarring, retained sensation and the ability to breast feed if desired. There should also be a low incidence of recurrence.

The PITANGUY technique cuts through the centre of the nipple and areola and opens the nipple like opening a book. The fibres that tether an inverted nipple are in the centre of the nipple so they are easily reached in this way. Once they are freed up, and no longer pulling the nipple inwards, internal stitches that dissolve slowly, are placed inside the areola, in the shape of a cross. This prevents the nipple from dropping back down. Another layer of stitches is placed in the nipple. Then the last layer of fast-dissolving stitches is placed in the skin. The important thing with this operation is not just the technique used, but the aftercare. You will need to wear a little foam doughnut over each nipple for about 3 months to stop your bra or other clothing from pressing on the newly everted nipple, allowing it to heal.

Surgery is usually performed, quite comfortably under local anaesthetic, as an outpatient procedure. The main side effects of surgery are discomfort, swelling and sensitivity in the nipple area which can last for up to two weeks after the procedure has been performed. Patients usually wear a foam doughnut over the nipple for about 12 weeks to help the nipple heal in the new everted position.

Immediately after the procedure the nipples will more likely feel sore. The soreness should diminish however within a few days. Most of the time, patients are prescribed pain killers to help them cope with the discomfort. Medicated gauze is used following the surgical procedure to cover the nipples. Patients are recommended not to shower the same day when the surgery was performed, but the next day.

Patients normally experience mild to moderate swelling which peaks two or three days after the procedure, and then disappears rapidly over the following three weeks. Bruising is rare. Dissolvable sutures are used. Risks that are carried by this type of surgery include infection, unsatisfactory results, excessive bleeding, adverse reaction to anesthesia. Rarely, recurrence may occur and the need for second procedures may arise.

Plastic surgery is one method of correcting inverted nipples and is usually very successful. However, it may permanently destroy the capacity to breastfeed if not performed correctly.

The ability to breastfeed cannot be guaranteed after any surgery to correct inverted nipples. Therefore, the patient should clearly specify if she takes into consideration having babies in the future and breastfeeding them.

It may also affect the erogenous sensation temporarily or permanently 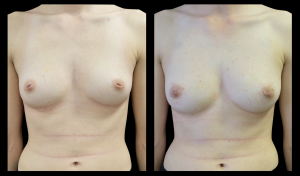 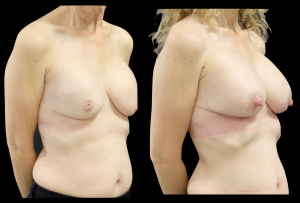 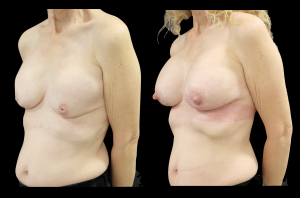